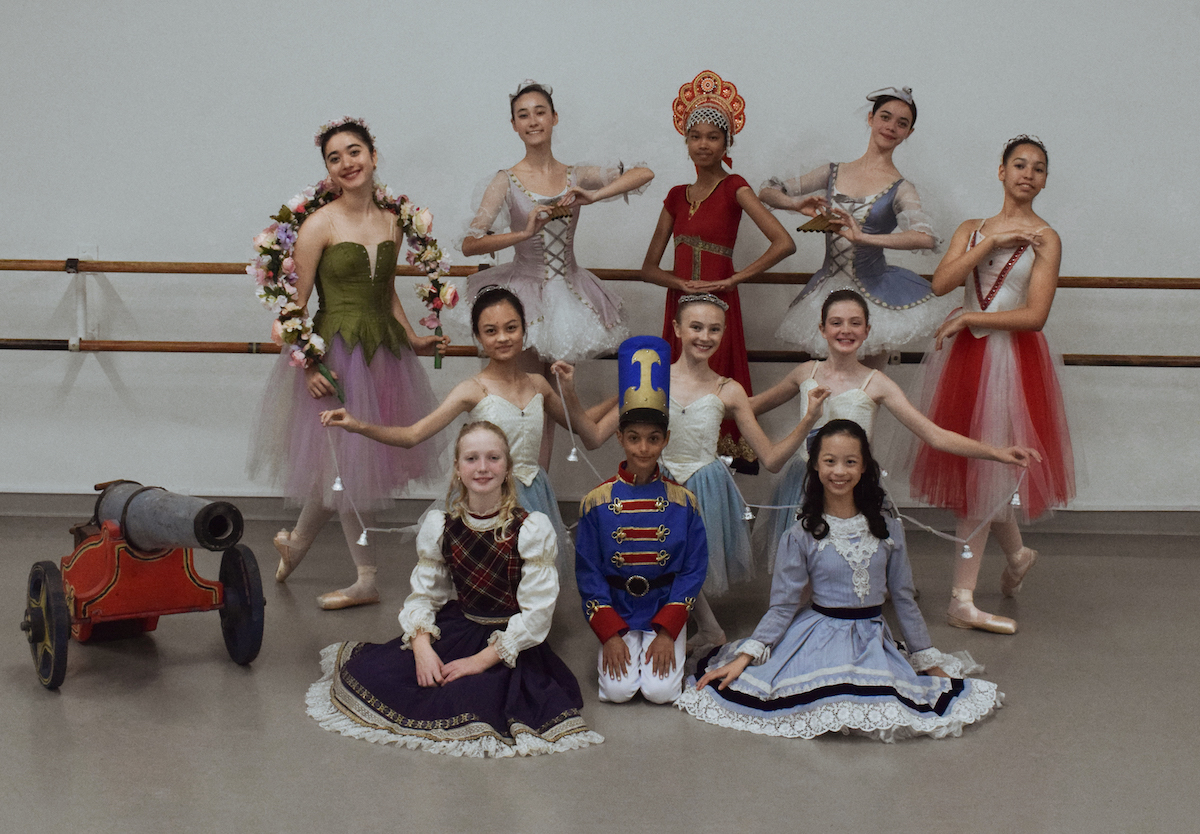 The longest running production of “The Nutcracker” in southern california is back, presented by the Westside Ballet on the Broad Stage at Santa Monica College. Beginning Thanksgiving weekend, the pre-professional company is set to grace the stage with eight performances through December 4, 2022.

Shanghai Kaye, a Brentwood local and student, will dance in the role of Central Spanish, a featured solo, and in the mesmerizing Arabian pas de deux. Shanghai has been dancing with Westside ballet since the age of five, and is ready to take on the challenges of performing in the corps de ballet in Tchaikovsky’s icon scores, Waltz of the Flowers and Waltz of the Snowflakes, in addition to her two featured roles. Shanghai has never been one to shy away from the challenges of ballet, however. “Dedication and hardwork are the two words and values that I have learned from ballet. Growth never comes from the comfort zone,” she notes. As a seasoned Nutcracker veteran, she is ready to take the stage for the enchanting production.

Ava Chemiss will perform a solo in this year’s Nutcracker as the Lead Angel, as well as the Demi Flower, Snowflake and Side Mirliton. As a senior at The Archer School for Girls, Ava has taken an interest in human rights and is researching the role women have served in conducting democracy. Gearing up for the Nutcracker season, she’s ready for more than the choreography; the music, albeit as sweet as sugar plums, is iconic in its portrayal throughout the winter season. Ava is no stranger to the music, and comments how “Nutcracker songs get stuck in my head whilst in the midst of rehearsals and the holiday season.”

Eema Kaye, a freshman at The Brentwood School, will also be making her return to Westside Ballet’s “The Nutcracker” this season. She will be featured as the Center Chinese soloist and is alternating (with her sister Shanghai), in the Arabian pas de deux, as well as dancing the Side Mirliton, and as a Snowflake and Flower.

The dancers at Westside Ballet will be joined by professional dancers Maté Szentes, Jack Virga Hall and Evan Swenson. Szentes will be performing the principal role of the Sugar Plum Fairy’s Cavalier. Swenson, a resident guest artist of Westside Ballet for ten years, will be reprising the principal role of the Snow Queen’s Cavalier, as well as dancing the Arabian pas de deux. Hall will also be dancing the Arabian pas de deux, alternating with Swenson.