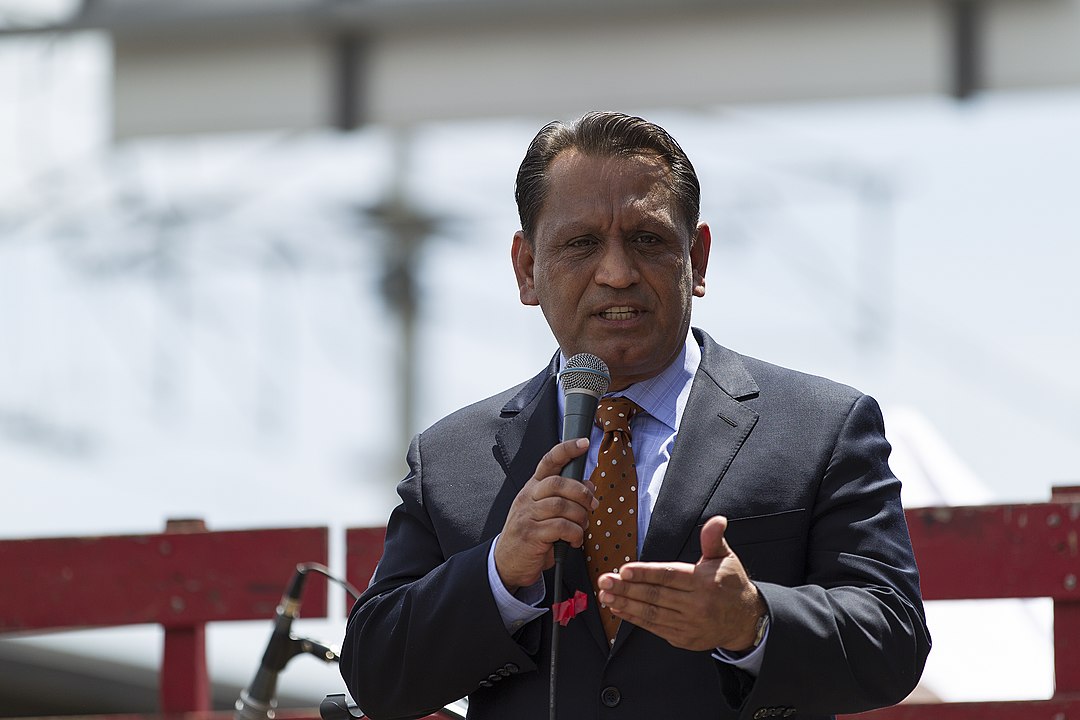 Councilman praises Park, calls her “a fighter that will stand up for both the unhoused and housed.” California Lt. Governor Elena Kounalakis endorses Park as well in CD-11.

LA Councilman Gil Cedillo, who lost his race for reelection in the June 7th Primary to Democratic progressive Eunisses Hernandez in CD-1 has endorsed Venice attorney Traci Park to succeed the exiting Mike Bonin on the LA City Council.

Cedillo, a longtime political figure with strong ties to organized labor who served in both houses of the California legislature is a key endorsement for Park as he is currently a member of the LA City Council and regarded as one of the most influential Hispanic political leaders in Los Angeles.

Cedillo was defeated by Hernandez in the June Primary and she has endorsed Park’s opponent, fellow Venice attorney Erin Darling. Darling has also received the endorsements of the Los Angeles Times as well as the LA County Democratic Party.

A councilman since 2013, Cedillo was seeking a third and final term on the city council due to term limits before being defeated in the June Primary.

In 2009 Cedillo sought a seat in the US House of Representatives and was defeated by the current Congresswoman, Judy Chu.

Cedillo was the author of the California Dream Act, and a consistent supporter of driver’s licenses for undocumented residents of California.

Cedillo tried nine times, since 1998, to get bills passed in the California State Legislature that would allow undocumented immigrants in California to obtain driver’s licenses.

In 2001 and 2002 Governor Gray Davis vetoed two of Cedillo’s bills that would have permitted this In the midst of the 2003 recall election, Davis backed and signed SB 60 (2003), Cedillo’s driver’s license bill. After Davis was recalled and Arnold Schwarzenegger became governor, the state legislature, with Schwarzenegger’s support, repealed the new law before it went into effect. Senator Cedillo agreed to repeal the law he wrote under the agreement with the Governor to work on a bipartisan bill. In 2004, Schwarzenegger vetoed AB 2895, an identical bill to Senator Cedillo’s SB 1160 that stalled in the legislature, saying that it did not meet his security concerns. The governor wanted a “marked license” that was identifiable. AB 2895 was introduced to the legislature by one of Cedillo’s closest allies, Speaker of the Assembly Fabian Núñez.

In 2005, Cedillo authored SB 60, another driver’s license bill. He made new modifications to the proposal, specifying that undocumented immigrants would not be able to use the driver’s license for purposes of identification for boarding airplanes, opening bank accounts, registering to vote, or other rights of U.S. citizens. Again, Schwarzenegger refused to sign the bill, on the grounds that it did not satisfy his security concerns. After Schwarzenegger vetoed the bill, Cedillo threatened to file a lawsuit against the Governor because of his belief that the Department of Motor Vehicles misinterpreted SB 976 (1993), which first prohibited the issuance of driver’s licenses to undocumented immigrants. Undocumented immigrants in the process of becoming legal residents, and citizens considered to have authorized presence but not legal permanent residency status, are known as people residing under the color of the law according to Wikipedia.

In 2006 and 2009 Cedillo again brought the proposal before the California legislature, failing both times.

On October 3, 2013, California Governor Brown signed AB 60, allowing undocumented immigrants to obtain driver’s licenses. Cedillo remarked, ″It took a long time, but now it’s here. Today signifies much more than just another bill being signed by our governor. Today is history in the making because it is the day we return justice back to the people.″

Park, who is seeking public office for the first time has secured several key endorsements including former LA Mayor Antonio Villaraigosa, LA City Controller Ron Galperin and California State Treasurer Fiona Ma. Park is considered the “right-of-center” candidate with a populist twist in her bid to succeed Mike Bonin who endorsed Darling after exiting the race last January after a second recall attempt came within 5% of the signatures required to oust the controversial two-term council member who was seeking a third and final term.

The first major candidate to enter the race in July of 2021, Park also secured the support of the powerful Apartment Owner’s Lobby in Sacramento. Her opponent Darling is a longtime advocate for tenants and renter’s rights.

In other campaign news, the Park campaign also announced the support of California Lt. Governor Eleni Kounalakis, who is seeking reelection to a second term this November. The Democratic incumbent described Park as a “proven problem solver” in the area of climate change and homelessness and urged support of her council candidacy.

Nick Antonicello is a longtime Venetian covering this election cycle and in particular the race to succeed Mike Bonin in CD-11 and how it will impact the neighborhood of Venice. Have a take or a tip on the race? Contact Antonicello via e-mail at nantoni@mindspring.com