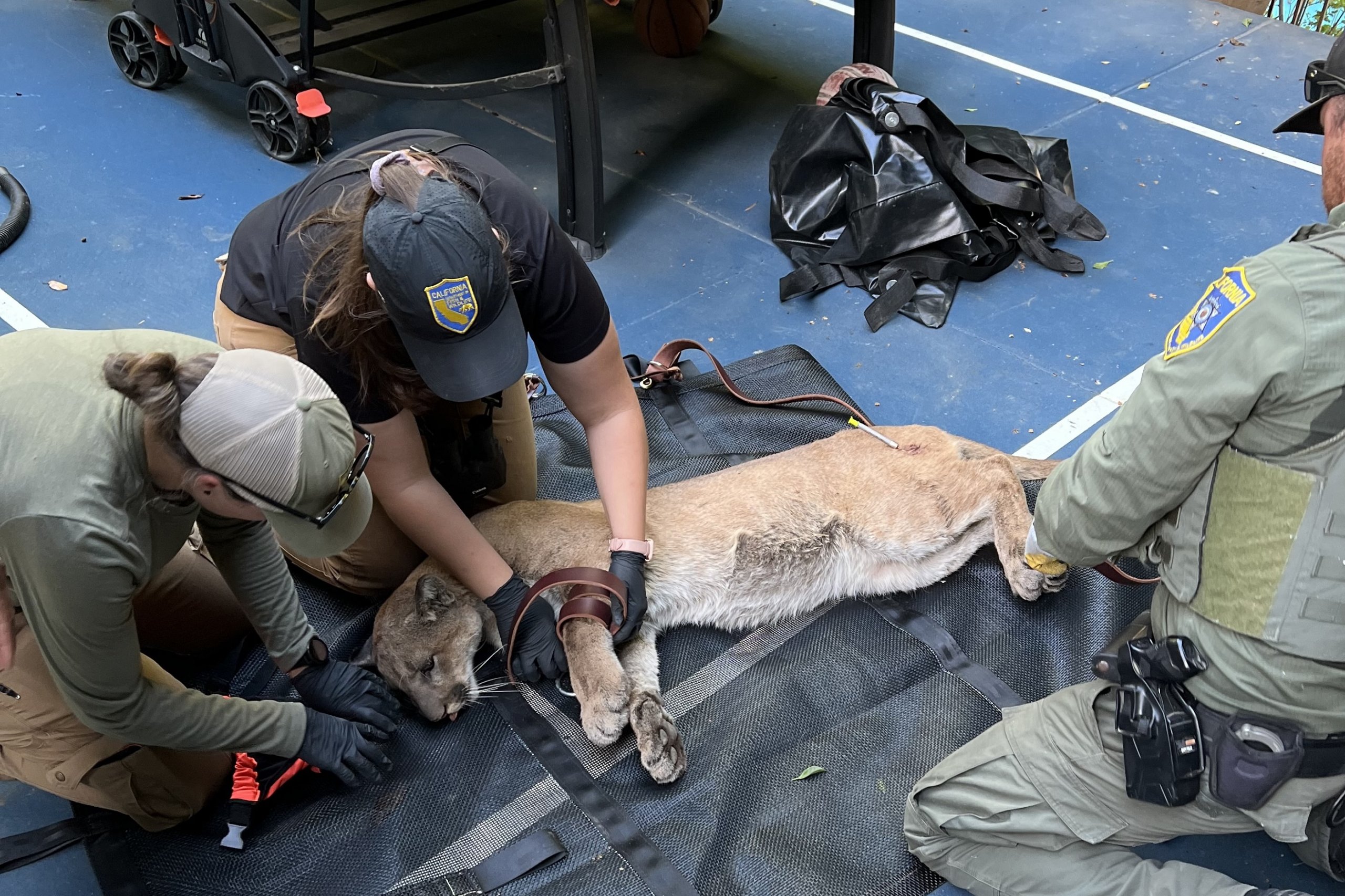 A mountain lion has been captured after running around Brentwood Thursday, prompting a lockdown of an elementary school.

According to the Los Angeles Police Department (LAPD), the mountain lion was spotted in the area of San Vicente Boulevard and Gretna Green Way around 10 a.m.

The cat initially was hiding amid some trees in an alley near the Brentwood Country Club. The location is near Brentwood Science Magnet Elementary School. The campus was placed on precautionary lockdown due to the mountain lion.

State Department of Fish and Wildlife officials responded to the scene and attempted to tranquilize the mountain lion. The cat initially bolted when officials tried to approach it. After multiple attempts, the cat was finally tranquilized and captured around 4 p.m. in a backyard in the area of San Vicente Boulevard and Carmelina Avenue.

The cat was carried to a truck and taken away to be released in Angeles National Forest.