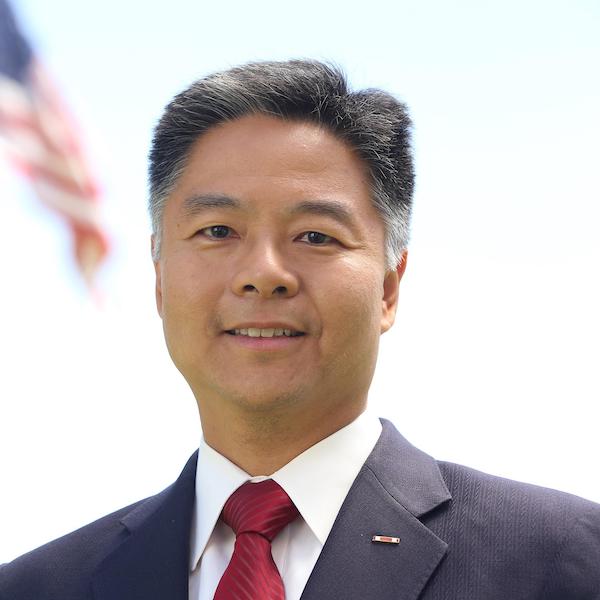 The occasion was the PPDC’s Virtual Garden Party on August 23, emceed Paula Poundstone and SNL alumna (and PPDC board member) Gail Matthius. In addition to Lieu, political analyst Bob Shrum also spoke about Joe Biden’s campaign, touching on why even with all the support Biden is getting, November might still be a nail-biter.

“This year we had to go virtual. Instead of our usual 100 or 120, we had 140 in attendance, which was very gratifying — these Zoom gatherings are our best way to get people fired up to help Get Out The Vote in November, both by collecting donations and inspiring people to volunteer, as many did on Sunday,” the PPDC said in a press release. “Sure, we’re disappointed not to be able to safely gather in person in a beautiful indoor/outdoor setting the way we usually do. But we were thrilled to see so many supporters joining in and stepping up best we all could. People are fired up this year, motivated by an intense desire to change the political direction in Washington, and to build on successes right here in California.”

Lieu answered questions in a Zoom call, starting with the topic of potential voter suppression in the upcoming election.

“There is the actual hacking and infiltration of voting machines and let’s say voting databases,” Lieu said, mentioning how important it was to keep this election safe and pay close attention to attempts of voter suppression and fraud.

He also touched on the importance of social media, noting how Russia was able to influence the past election through internet and social media posts.

“Two things have gotten better since the last election. One is that people trust social media less. People now look at a post and are much more skeptical. The second thing that has happened is if you look at what happened in 2016 the Trump campaign really used social media effectively and Democrats in 2018 as campaigns learned. We also started to invest heavily in digital and social media as we flipped [the House],” Lieu said.

He told attendees about his expectations for the 2020 election and the anticipation that candidates from both sides would be more prepared to use social media to reach voters and get across their message.

Lieu also talked about ways to keep the government more safe, citing cyber security and the launch of nuclear weapons as major threats against security.

“I believe we should continue to invest in that type of technology [cyber security] and also look at other ways to try and shoot nuclear missiles, like laser technology,” Lieu said.

The representative also got touched on the Trump Administration’s neglect of some law and ignoring of subpoenas.

“They’ve been able to litigate all the subpoenas but the good news is we’ve won most of the cases. The bad news is they take time and so the administration has been able to run out the clock on some of the cases,” Lieu said.

Lieu proposed introducing new legislation to help give Congress more power by inheriting contempt powers and speeding up the litigation of Congressional subpoenas.

“It would authorize essentially the House of Representatives to vote to find the witness contempt of up to a maximum of $100,000,” Lieu said. “That would give us a lot more leverage because let’s say a Trump official or a private witness decides to not show up to a Congressional court hearing, they could be on the hook for a significant monetary fine and it can’t be paid from an agency account.”

The topic of housing homeless veterans at the West Los Angeles VA was also brought up. Lieu placed part of the blame for the delay in waiting for environmental impact reports, but he did mention three new buildings opening to help with homelessness at the VA campus.

Lieu did not say how many occupants each building is supposed to house.

Lieu also touched on homelessness in general in the West LA area and the dire need for more housing as well as the increase of encampments since the global pandemic, saying much of the federal government’s role is limited when it comes to these issues.

“We have perpetually underfunded mental health. Much of that is at the state level,” Lieu said.

In addition to Lieu’s appearance, the event also featured a silent auction. Notable auction highlights were the 60-second ad spot on the Spike’s Car Radio podcast which ended up going for $3,450 in the final moments; several Simpsons collectibles signed by Dan Castellaneta, the voice of Homer Simpson; both surfing and SAT/college prep lessons with respective PPDC board members; Joe Biden swag; and historical political collectibles. 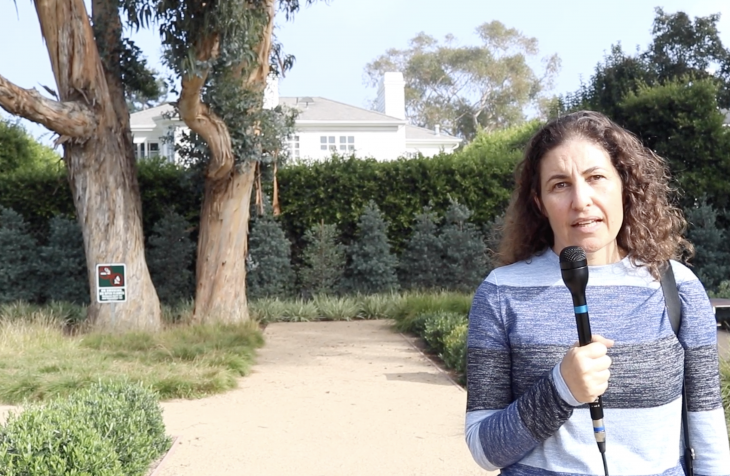 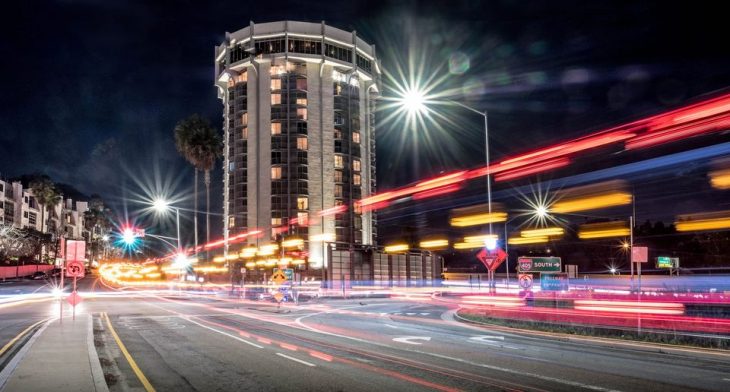 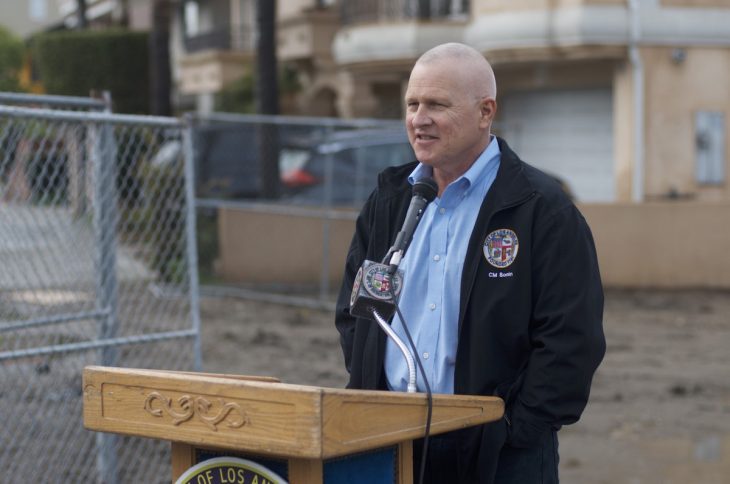 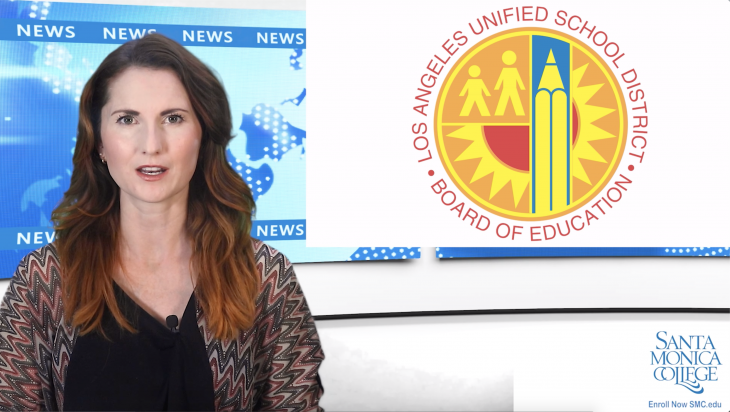 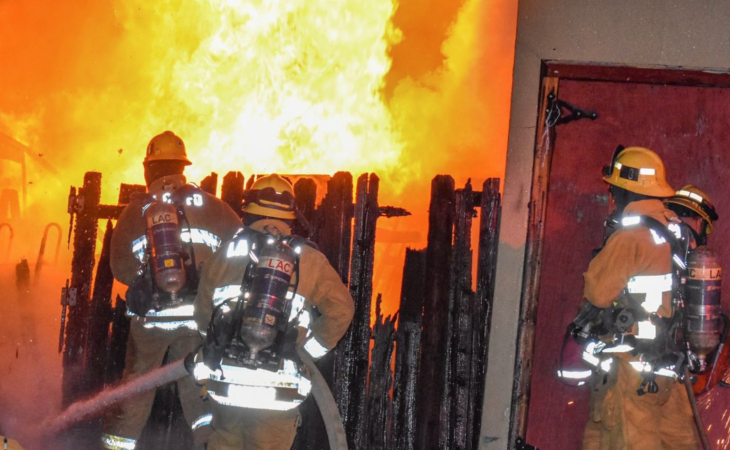 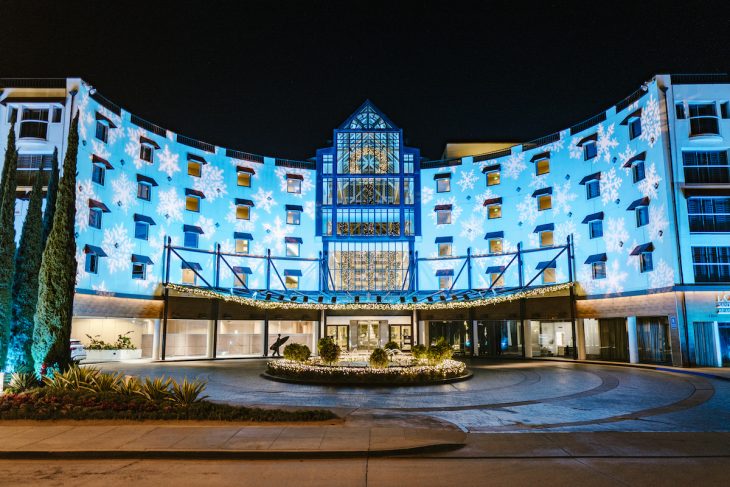 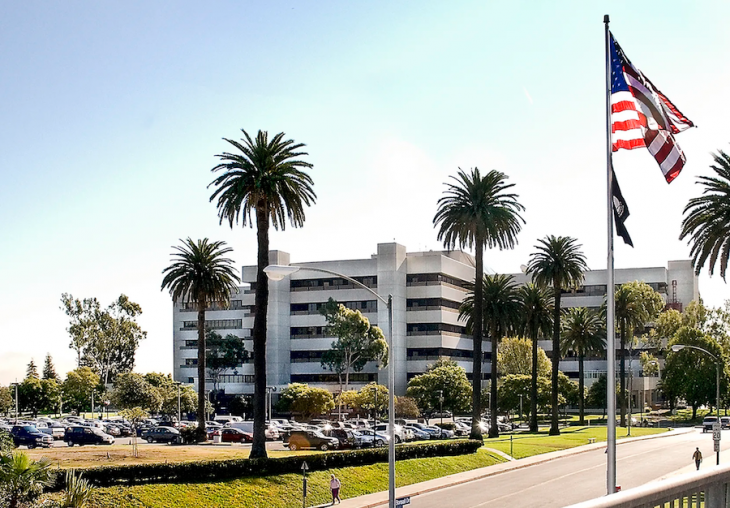 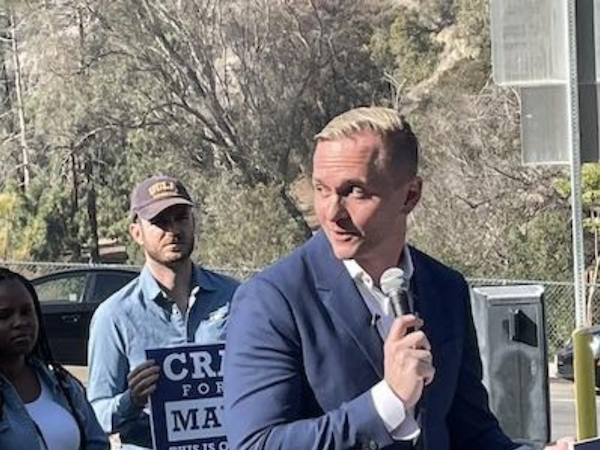 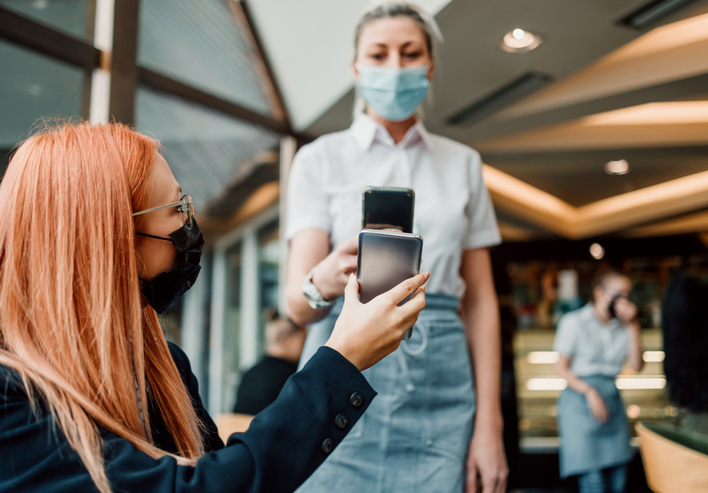 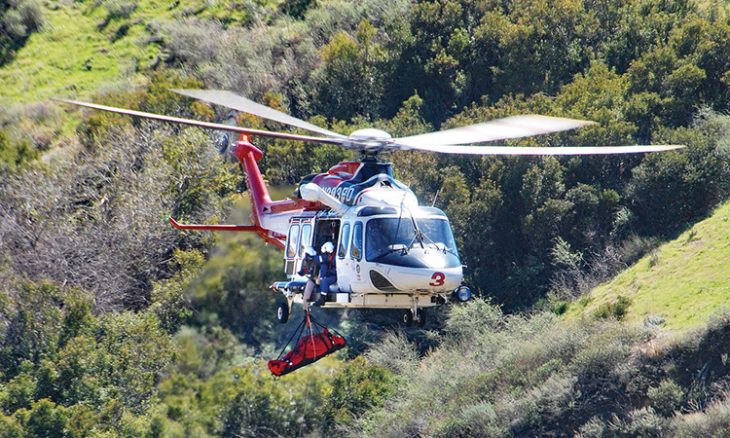 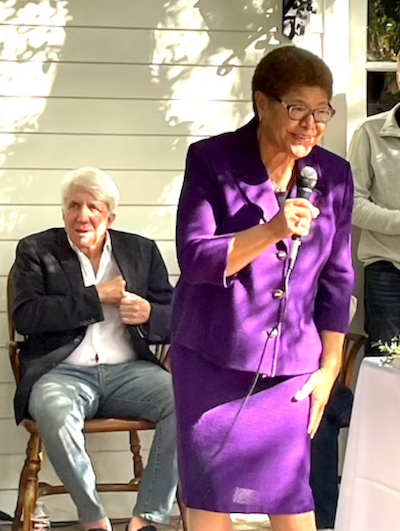 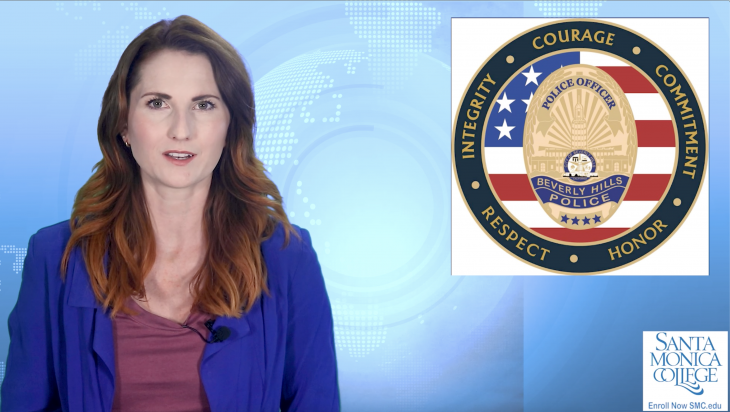 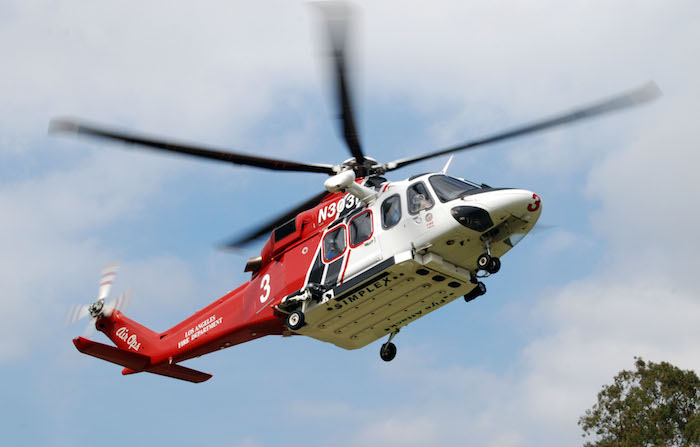 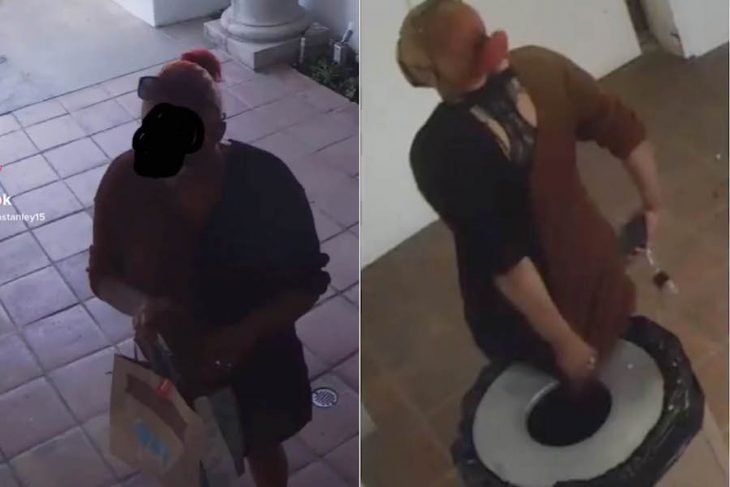 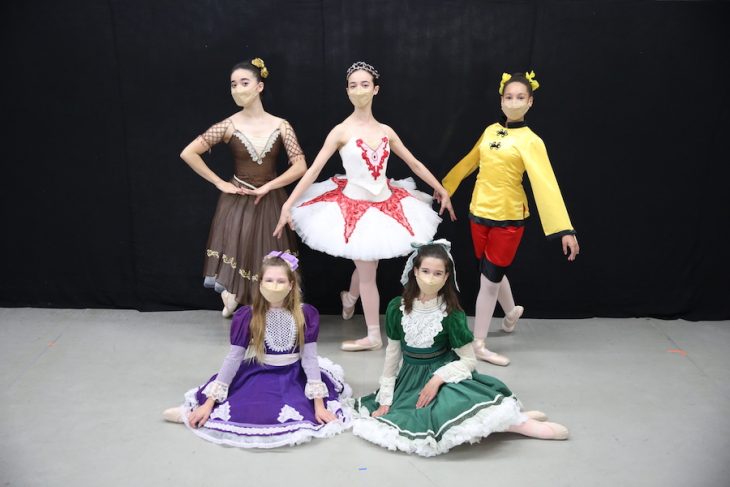