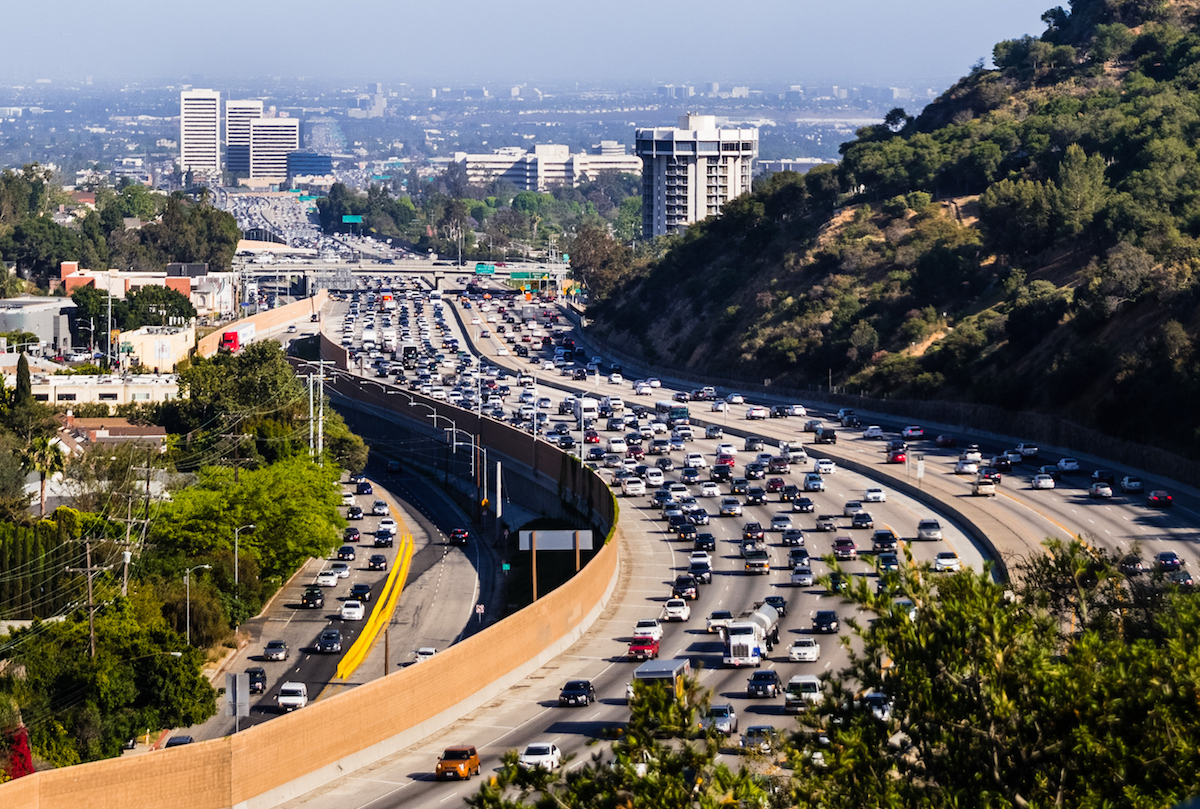 Among transportation experts, congestion pricing is the gold standard policy for managing traffic on freeways and highways. The strategy involves charging drivers tolls to use a road, and charging more during the busiest times — morning and evening rush hours, for example.

The intention is to discourage drivers from using their own cars and nudge them toward alternative forms of transportation, thereby unclogging traffic. But charging people to use busy roads raises questions about fairness, especially for low-income drivers.

A new report by UCLA transportation experts outlines ways that California could implement congestion pricing while minimizing the financial burden on those residents.

The study suggests that if congesting pricing were enacted in California’s six largest urban areas, about 13% of households in those areas might be unduly burdened because of the combination of their travel habits and low incomes. But while tolls could create an equity problem, the report suggests that the revenue generated by tolls could ultimately solve that problem.

The report was produced by the UCLA Institute of Transportation Studies, and its authors are Michael Manville, an associate professor at the UCLA Luskin School of Public Affairs; Gregory Pierce, co-director of the UCLA Luskin Center for Innovation; and Bryan Graveline, a UCLA graduate student.

“Traffic congestion imposes real costs on a wide segment of society, with some of the most severe consequences falling disproportionately on the most vulnerable people,” Manville said. “Congestion pricing has the potential to alleviate many of those harms. But it’s important when we price roads to do so in a way that won’t unfairly burden low-income people. Fortunately, with a little political will, we should be able to do that.”

In the report, the authors defined “vulnerable” residents as those with household income below 200% of the federal poverty level (for example, $55,500 or less for a family of four) and at least one household member driving during peak congestion periods on a freeway. The study focused on Los Angeles, San Francisco, the Inland Empire, San Jose, San Diego and Sacramento.

The authors write that some of the ways to mitigate cost burdens on low-income drivers would come with pitfalls that dilute the goal of reducing traffic. For example, subsidizing public transportation and providing free transit passes for low-income residents wouldn’t help those who must still drive.

Another option would be lowering toll prices or making them free for low-income drivers, but that would risk negating the primary goal of congestion pricing: If the cost of driving isn’t high enough, people would likely continue to use their vehicles.

The most promising solution, they write, would be to provide direct cash assistance to low-income residents from revenue collected by the tolls.

“Similar policies already exist that help low-income people afford crucial goods and services, such as California’s CARE for energy, the federal SNAP program for food and groceries and vouchers for housing,” Pierce said. “We should build on these models rather than reinvent the wheel.”

Another benefit of the strategy, the authors write, is that residents who receive money through the program could use the funds for any number of purposes — helping to cover the costs of congestion pricing when they drive or paying for public transit or other alternate transportation if they’re able to switch.

The report also suggests that county governments could identify people who are eligible for such a program by looking at which households are eligible for existing programs like SNAP or housing and utilities subsidies.

The authors acknowledge that there would be administrative and political hurdles to beginning a cash assistance program for transportation costs. They write that introducing congestion pricing to roadways one lane at a time would help demonstrate the strategy’s benefits, which could help overcome public skepticism about the policy.

By Staff Report May 5, 2022
in News, Transportation
Related Posts